Home » Newsroom » 2023 Industry Outlook: What We Can Expect

2023 Industry Outlook: What We Can Expect 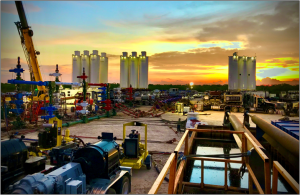 Disclaimer: this article is a plain text version of an article authored by Matthew Iak, Executive Vice-President of U.S. Energy Development. The original version was published in Jan.-Feb. 2023 issue of OILMAN Magazine and can be accessed by following this link (requires subscription).

As a privately held upstream exploration and production (E&P) company in the oil and gas sector, it’s important to prioritize strategic planning for the new year. As an executive with Arlington, Texas-based U.S. Energy Development Corporation (U.S. Energy), strategic planning plays an integral part of our firm’s goal setting for the next year. Thanks to widespread discussion among our management team, we’re pleased to share some of our perspectives. The following includes a recap of the recent past and a few thoughts on what we expect to see in the new year.

2022 was a prosperous year for the oil and gas industry as a whole. The macro conditions, which emboldened the oil and gas industry in 2022, will continue into 2023 for upstream E&P players. This includes the Ukraine/Russia war, E&P companies practicing capital discipline (limiting drilling), and the continuation of strong global demand. In addition, there is potentially an increased demand that will occur when China eventually emerges from a post-Covid lockdown economy, a reversion in the strength of the U.S. dollar, and the eventual restocking of the strategic oil reserves. All of these factors should add upward pressure to commodity prices in 2023. Longer term, there’s a growing consensus that a meaningful transition to renewables would require more, not less, oil and gas consumption for at least the next two decades.

Overall, we’re excited about the oil and gas industry E&P outlook, and we anticipate that prices are likely to push even higher – even if a “hard landing” or a potential recession loom on the horizon. The supply demand imbalance is more systemic, and we are currently anticipating higher prices for the foreseeable future.

A split government will most likely mean less change and more stability. Potentially, there’s an increased chance for negotiation that could lead to further improvements in both infrastructure and banking regulations. Both factors have the potential to encourage more U.S. oil and natural gas production, potentially avoiding a much larger price spike in the future as demand continues to outstrip supply. If no improvements are made, and the U.S. is unable to continue increasing production, the whole world may suffer much higher prices in the future. Let’s hope compromise is more likely in a split government.

It’s difficult to see the current war in Ukraine as anything other than a long-term travesty, which means European countries are going to continue to seek solutions to replace Russia’s energy supplies. Uniquely in 2022, there appeared to be a monumental shift in the way the world sees natural gas, due to the aforementioned national securities needs surrounding hydrocarbons. Additionally, and more surprisingly, the perception of natural gas has shifted from that of a dirty hydrocarbon to becoming part of the ESG solution. Natural gas has long been known to be among the cleanest and most efficient fuel options to create and power the additional energy demands created by a growing global population. Ultimately, this may lead to an increase in the base price of U.S. natural gas for the next decade, and perhaps beyond. As the U.S. is poised to ship an increasing amount of its reserves to a global market, one can only conclude that U.S. pricing will achieve more parity in global pricing. Thus, both domestic oil and natural gas projects have solid footing going into 2023 and beyond.

The past two years have seen a flurry of A&D activity as major E&P companies focus their capital on operational projects in their “core” acreage, while divesting of non-operated interests in projects. These industry changes have allowed U.S. Energy to gain unprecedented access to projects across multiple basins. In 2022, we evaluated more than 160 deals and deployed approximately $200 million across 12 projects in the Permian, Powder River, and Haynesville Basins. With an excess of high quality and quantity of deal flow, we anticipate deploying an additional $400 – $500 million over the next 18 – 24 months. The past four years have helped us build a core group of world-class joint venture partners, joint developments we look forward to continuing, as well as the ongoing new deal flow.

Due to our ability to be nimble and flexible in the way we can structure deal terms, U.S. Energy is uniquely positioned compared to many others in the industry. This flexibility allows us to tailor the deal structure to the needs of our project partners. We prefer to build long-term relationships with our partners. Our most successful relationships are those which allow us to help them achieve their goals by allowing us to structure investments that help all parties reach their goals. Regardless of whether partners need to develop assets at a faster pace, diversify with co-investments, utilize us as an operator, or address a host of other needs, U.S. Energy is able to structure transactions that are designed to achieve those results. We think 2023 will be another banner year.

On Capital and Investor Interest in 2023

In 2022, we’ve surpassed eight billion humans on planet earth. The need for both renewable and traditional energies will continue to increase. Simply put, efficiencies cannot keep pace with growth of consumption until the population and need for energy stop growing, which is likely not happening in the lifetime of anyone reading this article.

Note: this article contains forward-looking statements regarding anticipatory economic and commodity pricing performance that are based on assumptions, estimates, and other judgments made considering information available at the time. Accordingly, actual results may differ materially from such statements. 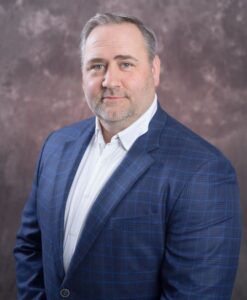 Matthew Iak is the Executive Vice-President of U.S. Energy Development Corporation, and a member of the company’s Board of Directors.

Besides helping establish the company’s ESG policy, Iak has extensive knowledge of estate and tax planning strategies. He can be reached at miak@usedc.com.