Michael Haven joined U.S. Energy Development Corporation in 2011 as a Key Accounts Manager. Following several strategic partnerships that dramatically expanded the company’s selling group, he earned a seat on the Firm’s Leadership Team and today serves as the Vice President of Broker-Dealer Relations.

Mr. Haven oversees U.S. Energy’s Key Accounts Division, working alongside multiple key corporate stakeholder groups which include Third Party Due Diligence and Back-Office Due Diligence personnel. In his role, Mr. Haven provides a thorough understanding of key customer and stakeholder needs. This knowledge is paramount while he serves as the conduit between U.S. Energy’s customers and the Firm’s team members.

Mr. Haven is credited with expanding U.S. Energy’s selling group, including the addition of several large independent broker dealer firms and registered investment advisor (RIA) offices. Throughout his tenure at U.S. Energy, he has created relationships with financial industry advocacy groups which aid in the understanding and growth of direct investments and the role they play in a diversified portfolio.

Prior to his career with U.S. Energy, Mr. Haven worked for several Fortune 500 companies in sales and market management positions. He is frequently invited to present within the financial community about oil & gas taxation and gas mitigation strategies including value-based selling. He travels throughout the country and internationally speaking with broker dealers, financial advisors, and tax professionals.

Mr. Haven received his Bachelor of Arts degree from Canisius College, holds a Series 22 license, and is a member of the Alternative & Direct Securities Association (ADISA) , The Institute for Portfolio Alternatives (IPA) and The National Due Diligence Association. (TNDDA). He is also a Board Member of several local charities including City Lacrosse, and The Buffalo Police Athletic League. 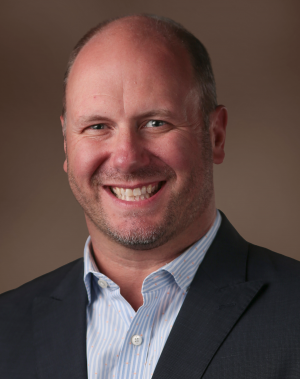